WHERE THE FUTURE FLOWS

“To develop, promote, and implement water conservation, augmentation, and management strategies to protect water resources for the benefit of the citizens of the District and Subdistricts.”

Created to develop, manage and protect water resources for Northeast Colorado. The district stretches along the South Platte River from Commerce City to Fort Morgan. Policy and goals are established by a fifteen-member Board of Directors who are appointed by a district judge. Since its beginning, the Board of Director’s goal has been to advocate and support the development of water resources within the South Platte River basin.

In 1969 the Colorado Legislature determined that alluvial wells needed to be incorporated into the surface water administrative law – or Doctrine of Prior Appropriation. The Groundwater Management Subdistrict (GMS) was formed in 1973 to provide an augmentation plan to keep those wells operational and in compliance with the state. The Subdistrict operated under a supplemental augmentation plan approved by the State Engineer’s Office until 2002. In 2005 GMS successfully negotiated a decree. GMS has allocated around 50% of historic contractual groundwater pumping yearly since 2005.

Chatfield Reservoir was completed in 1973 as a result of the devastating flood that hit the Denver metro area in 1965. In 1983 the CCWCD filed a water right application seeking 26,400 acre-feet of water storage in Chatfield Reservoir. The Federal Government later determined 20,600 acre-feet of additional water could be safely stored in the reservoir.

Lobbying became a District initiative in the 80’s as well. Senate Bill 120, regarding the exemption of gravel pits to augmentation, was opposed by the Board of Directors. The bill was later amended to affect post- 1981 gravel pits. CCWCD’s board continues to be active in opposing and promoting new legislation to protect the river, and the water rights of constituents and all Colorado residents. 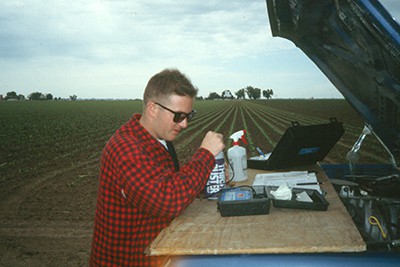 CCWCD became active in water protection in 1988. A groundwater quality program started, and aquifer water level data was collected. The Water Quality Program has since grown into a larger framework. Consistent water sampling and monitoring wells at area schools, for educational purposes, has been an essential part of the program.

The District branched out in education efforts, hosting the first Children’s Water Festival in Colorado in 1991. In 2012 the Confluence Institute was added for K-12 teachers adding water related curriculum to their classroom. Basic Water Law classes are offered periodically for those interested in learning more about the complicated water laws of our state.

The second Subdistrict, the Well Augmentation Subdistrict (WAS), was formed in 2004. WAS assisted well owners who were suddenly without an augmentation plan when the Groundwater Appropriators of the South Platte (GASP) disbanded. In May of 2008, Judge Roger Klein signed the official decree. By court order, WAS well owners were not allowed to pump a drop of water from 2006 to 2012. In 2013, a small quota was allocated and by May 2015 the Board approved quota had risen to 35%, and 55% in April of 2016.

Providing reliable augmentation supply, protecting the needs of water users within the District, coordinating water resource educational programs, and monitoring water quality continue to be the priorities of the District.